Welcome to the official documentation of Xenon!

The bot Xenon is based around the idea of creating & loading backups of your discord. Create backups of your channels, roles, permissions and messages (only with the Pro version) and share them with other people. Just invite the bot and start now.

If you like Xenon, an upvote would help us a lot!

If you need further help, join the support server.

Backups are used to save and duplicate your server. Backups are limited to the user that created it, but not limited to a server. That means you can use backups to move, or duplicate a server.

Every Backup has an unique id. It's generated by the bot while creating a backup. The id is used to load or get information about a backup. e.g. p9b3neiq8i4olu56

Xenon gives you access to hundreds of free templates. In contrast to backups, templates are public and can be used by everyone.

Like backups, templates have a unique name. In contrast to backups that name isn't generated by the bot, but chosen by the creator of the template.

Everyone can create templates, if you have a server setup you want to share, feel free to create your own template. 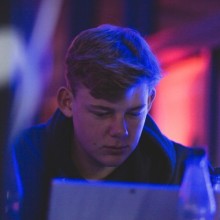